We are designing a general solution for building trustless bridge to UTXO-based blockchains and Bitcoin is the first network having rolled out with the approach.

Users who want to use the Incognito platform for private transactions have to port their current tokens from external chains to the corresponding private tokens in Incognito (BTC in bitcoin chain to pBTC in Incognito chain).

For example: if a user sends 0.1 BTC to the multisig address, that user will receive 0.1 pBTC.

When users want to exit the Incognito mode of their tokens, they need to create a unshield request. This request is similar to burning their private tokens and providing a remote address for Incognito validators to send back their public tokens.

Unshielding requests that happened in a short period of time will be merged into batches. This mechanism will help reduce the Bitcoin network fee for each unshielding request, and minimize spending UTXOs on the external chain.

For example: if a user requests to unshield 0.1 pBTC (burn 0.1 pBTC), this user will get back 0.1 BTC minus fee for creating an unshielding Bitcoin transaction (this fee will be sent to Bitcoin miners, Incognito doesn’t receive this fee). 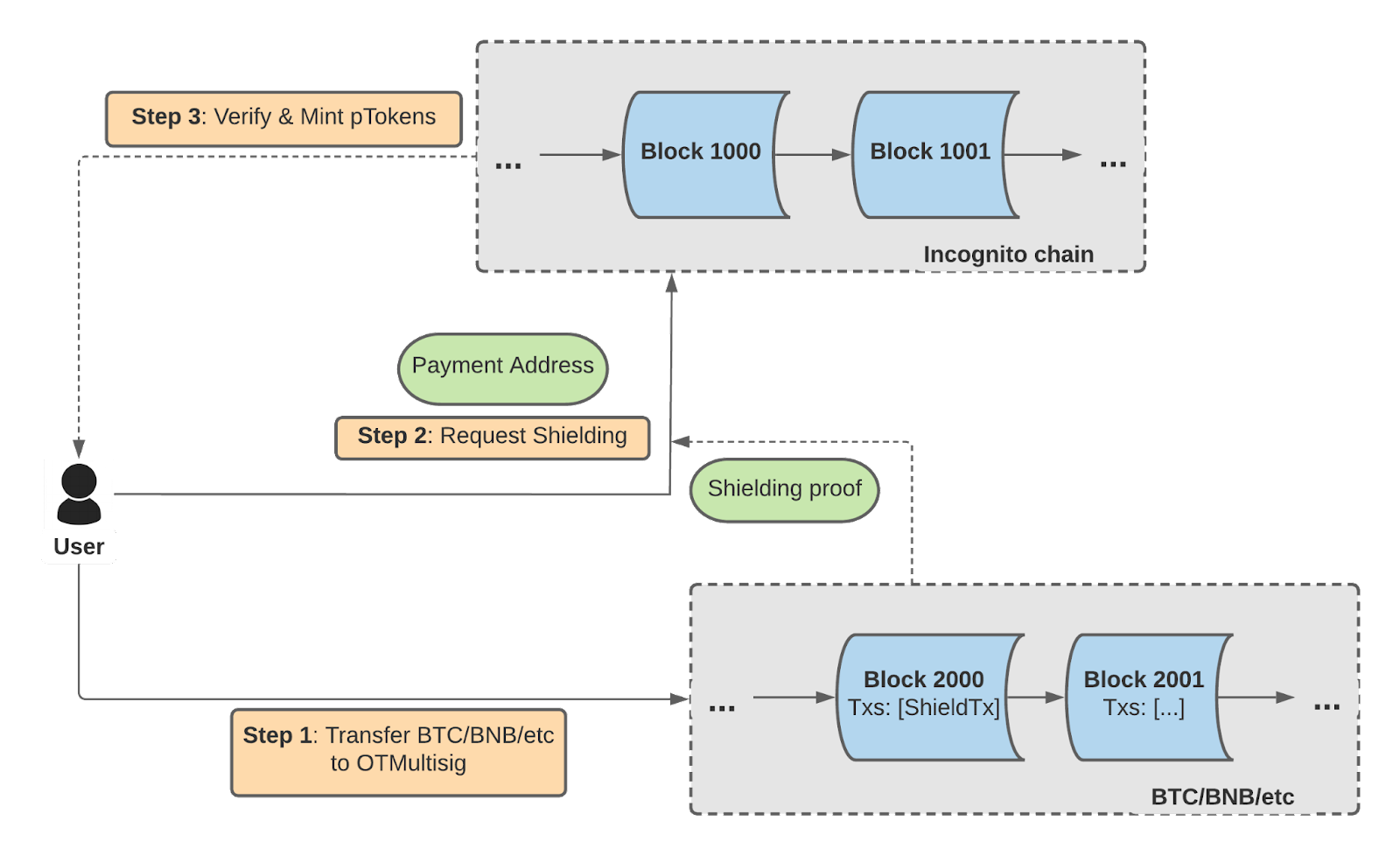 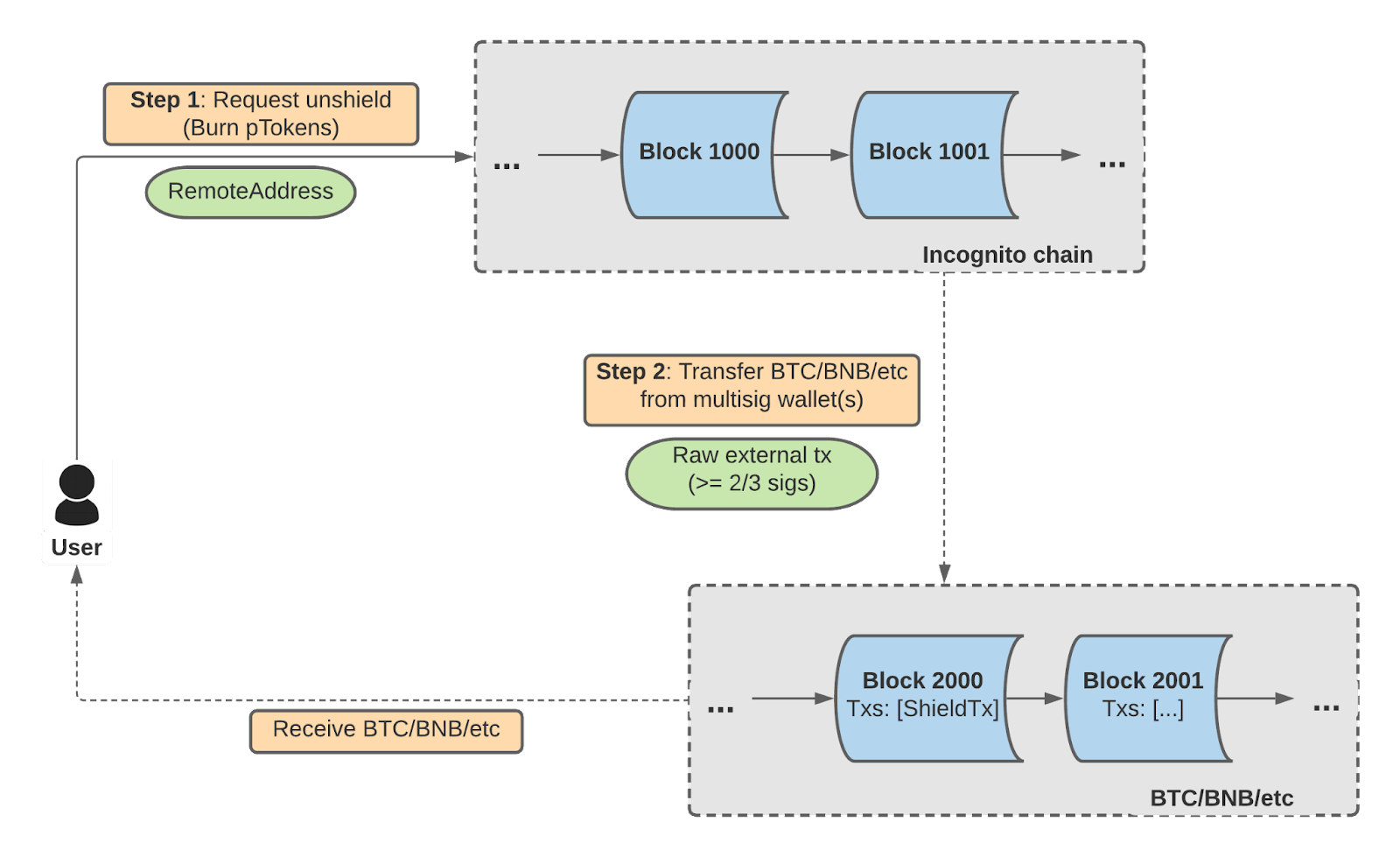 When Incognito beacon validators want to spend a UTXO in a multisig wallet, they have to sign the Bitcoin transaction for spending these UTXOs.

Incognito validators can’t directly communicate with the external blockchain. A worker will feed external chain information into the Incognito chain. 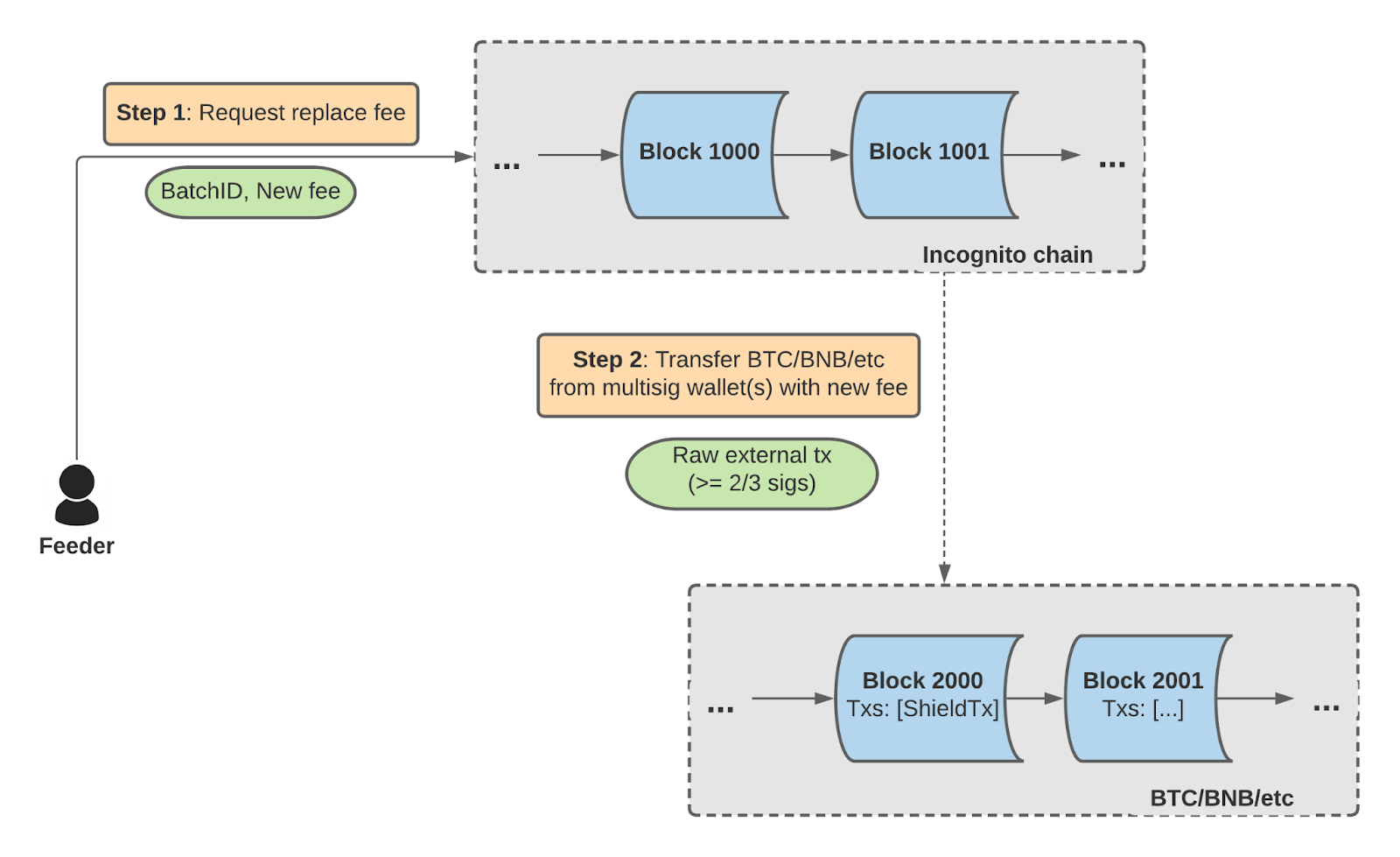